Mojgan Shajarian is an American-Iranian female artist that worked professionally in Music, painting and Graphic design in last twenty years. Mojgan’s official website where you can find useful information about her activities, classes and performances is here. For concerts please see the Hamrahshow website here.

Currently she is a resident of Southern California, where she teaching Persian classical singing (Awaz) and  Setar to her students.

Mojgan holds a BA in Music and Painting and an MA in Graphic Design.

She has studied under distinguished Iranian musicians such as Mohammad Reza Shajarian, Mohammad Reza Lotfi, Hossein Alizadeh and Parviz Meshkatian.

Mojgan immigrated to the US in 2012 and currently lives in Southern California where she performs and teaches Persian classical singing (Awaz) and Setar.

“The relationship between painting and music in the 20th century” , 1994
Honorable Theses in Azad Art University, Year 1994

“History and technique of singing in Iran in recent centuries”, 1996
Honorable Theses in Honar University, Year 1996, nominee for University publishing

“Designing for music production”, 2001
One of best researches in master degree in Azad Art University, Year 2001 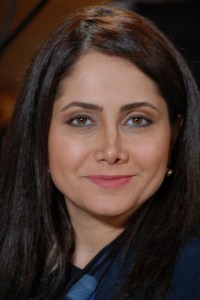